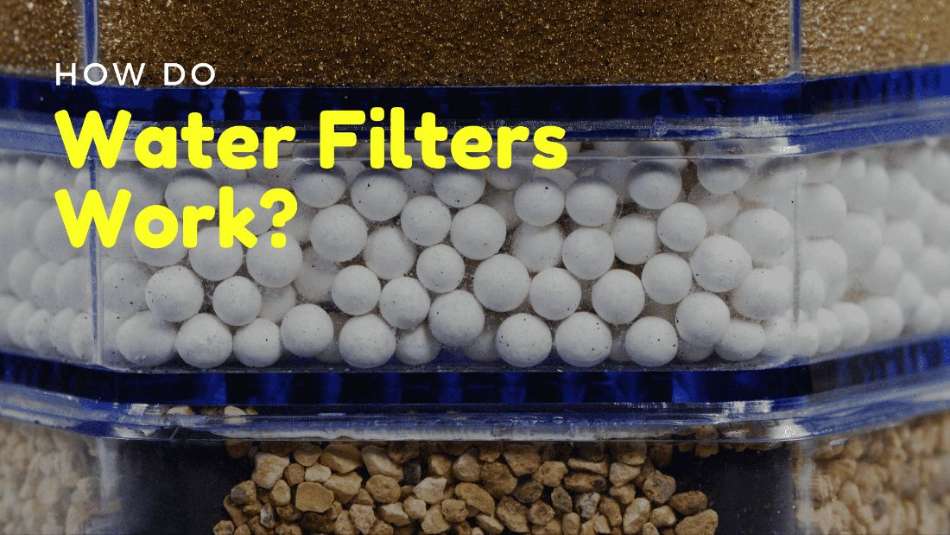 Water is life. It makes up about 60% of our bodies and allows for proper circulation and brain functioning. Through its cycle, water collects all kinds of debris ranging from dust, stone to bacteria, parasites, germs, viruses, and particulate matter.

Unfortunately, all of these dissolve well in water, making them invisible and hard to remove. That’s why water filtration is essential. Throughout this article, we’ll be passing by some basic water filtration techniques and we’ll get to know the basic working mechanisms of them.

Filtration is the process of removing or decreasing the concentration of specific pollutants like particulate matter, bacteria, and chemicals.

In a water filtration system, a filter pad traps the bad stuff – toxins. It flushes these contaminants out and produces clean water. There are 2 basic types of filtering. Mechanical filtering, in which a filter is used to block impurities and let water pass by. The other is chemical filtering which either chemically absorbs impurities or carries out some chemical reactions to get rid of pollutants.

A home filter is the last line of defense against impurities and because there’s no type of filters that can get all contaminants. It’s common practice to combine mechanical and chemical filtering means in multiple stages to enhance the process.

What Types of Contaminants are Removed?

At a basic level, all filters remove sediments, dirt, and sand. Afterward, we look for chlorine and fluorine to remove them. Organic chemicals and pesticides come next; carbon filters do a great job to eliminate them. Advanced filters can get rid of iron, manganese, and sulfur as well.

As the name suggests, this method uses a mechanical filter that can be anything; mesh, nylon, or even ceramic to physically remove impurities. It only blocks larger particles of contaminants. The finer the filter material is, the more impurities it can block.

A ‘micron’ rating is something given to mechanical filters to indicate how much pollutants they can block. It ranges from 5 to 0.5. This represents what we call a pore-size efficiency, obviously the smaller the better. With 5 being the lowest performing filter as it only removes particles visible to the naked eye and 0.5 is the highest, as it removes cysts.

The main disadvantage of mechanical filters is their inability to remove chemical contaminants. That’s why they’re usually combined with other chemical filters to complement them.

These are the most commonly used household water filters. The mechanism is fairly simple, the surface of carbon chemically absorbs impurities; carbon traps contaminants inside it and lets the water flow through.

Activated carbon is a highly porous type of carbon with a relatively large surface area to allow for impurities absorption. There are various types of carbon filters that filter different contaminants.

These carbon filters sort of blur the line between mechanical and chemical filtering techniques. They can trap a fair amount of chemical impurities, but can’t block heavy metals and need to be replaced every 30 days or so, which is a hassle.

A Reverse Osmosis filter mainly consists of a semipermeable membrane, through which water is pushed leaving contaminants behind as they’re too big to penetrate the membrane. They are then filtered and flushed down the drain, while water flows out of the tap.

This method can get rid of contaminants like lead, iron, and mercury. It won’t get rid of some pesticides and solvents though.

The Reverse Osmosis filtering system relies on pressure to function, while there’s no need for electricity, it still utilizes the pressure of your water system. Subsequently, the filtering process is slow.

This method not only filters water, but it’s also used in water softening. The idea is to release good ions like sodium for example and exchange them with bad ions like copper. This process removes hard minerals, namely calcium and magnesium.

Zeolite beads make up a resin that’s responsible for the ion exchange process. For drinking water, a hydrogen resin is preferred to a sodium one, as sodium resins result in water with relatively high salt content.

Just like what you’ve studied in science class. Distillation is the process of heating water up to its boiling point so it evaporates, we then capture the steam on a condensing surface and collect resulting water.

This method kills bacteria by heat, but it doesn’t get rid of other chemical impurities. Because heavy metals, as well as other impurities, have higher boiling points than water. On the other side, contaminants that have a boiling point lower than water will evaporate as well, making the steam not perfectly pure.

What Should I Look for in a Water Filter?

Water filters are flooding the market right now. Some are attached to pitchers or bottles. Some are independent systems that need a plumber to set up or simply installed to your faucet. To make the decision look for the pore-size efficiency first. Also, consider the water conditions where you live.

Overall, any filtering system including activated carbon would be a smart choice due to its effectiveness and affordability. Keep in mind that these filters just block impurities, they don’t get rid of them. So, a filter replacement routine and regular maintenance are crucial.

Nothing is perfect, every water filtration method targets specific contaminants and fails to wrack others. This is why factors like the type of water in your rural area or city come into play to decide which method suits you best. It’s also the reason most water filtering systems incorporate more than one method to maximize utility.

Other factors to consider are water pressure, its biochemical properties and even pipe system specs. We hope we’ve given you a glimpse of how these systems work and covered some major key points through this article. 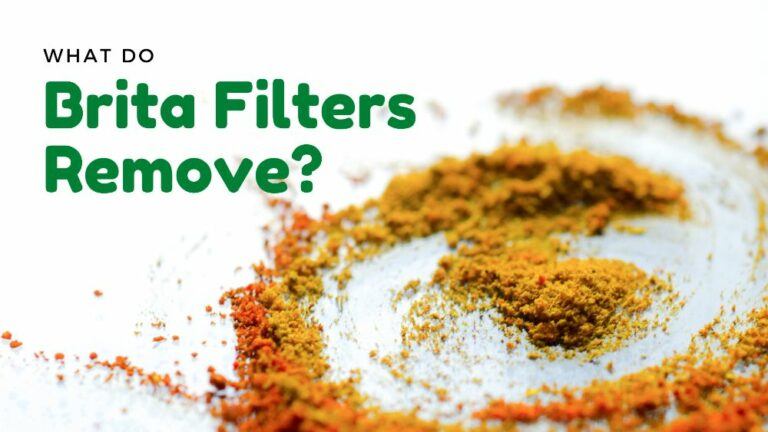 Every one of us wants clean drinking water that tastes great and is free from harmful substances. While expensive water purifiers are an option, most… 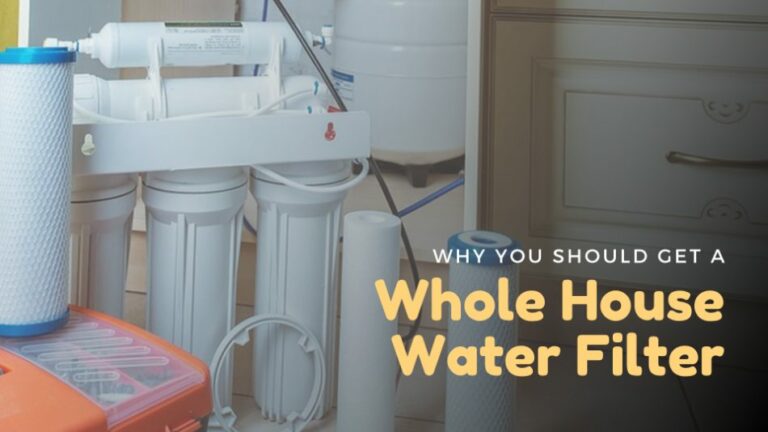 Different cities have different quality water, sometimes the water will have a higher mineral or other particulate content which can not only affect the taste… 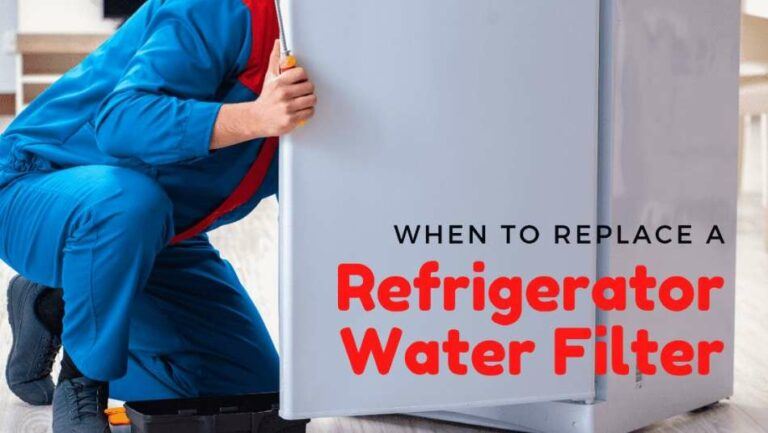 If you have a water dispenser or an ice maker in your refrigerator, you’re probably quite aware of the nuisance of changing the water filter… 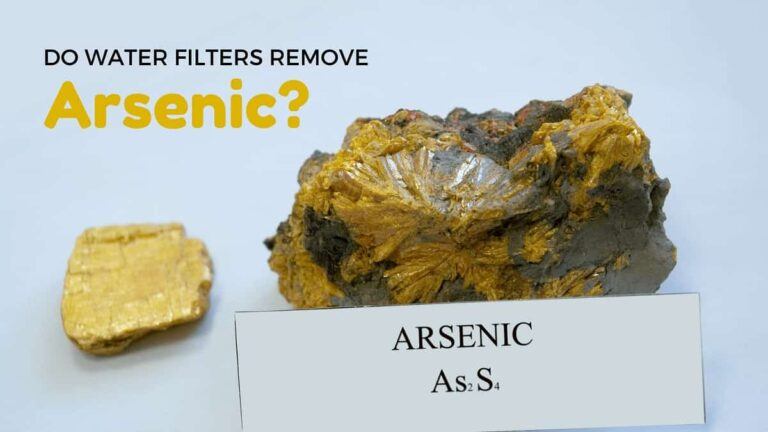 You feel thirsty, so you go to the kitchen, grab a glass, fill it up with tap water, and drink it without giving it a… 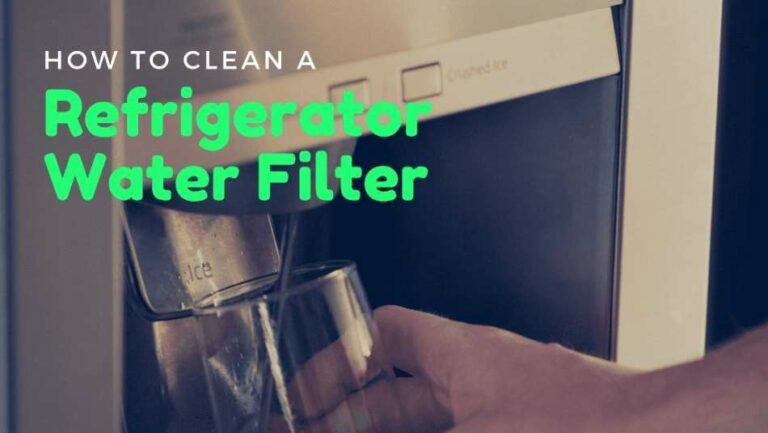 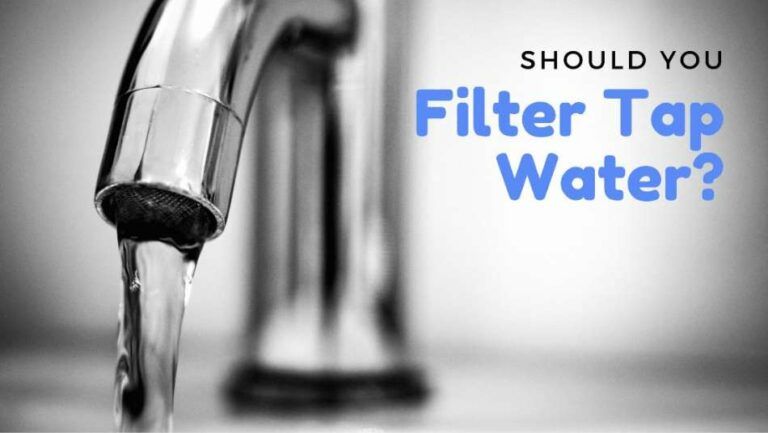 If you’re drinking tap water and want to make sure it’s safe for you and your family, this article is for you. Since water is…