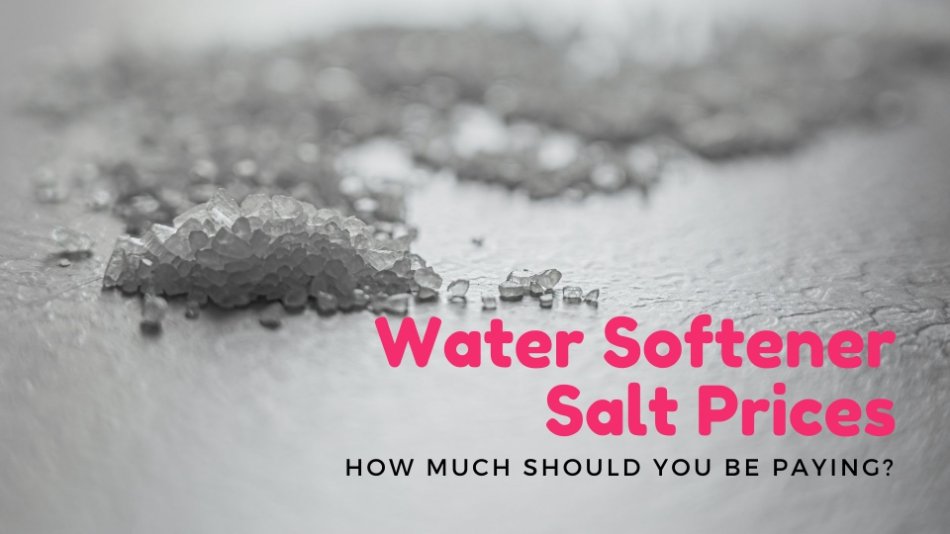 Hard water can be a costly problem faced by many homes. Hard water contains concentrated amounts of calcium and magnesium which can lead to clogged pipes and tougher times heating the home. If you have too much hard water flowing through your home, you’ll likely incur some pricey bills every month.

The best way to combat the issue of hard water is to soften it with a dedicated water softener. Installing one of these machines in your home will quickly pay for itself to the point where you’ll rarely have to worry about pipe repairs or extreme water bills. The only added payments you’ll need to worry about will be maintenance fees and water softener salt.

How Much Does a Bag of Water Softener Salt Cost?

One of the most common costs you’ll encounter with a water softener is the salt it requires. Typically, you’ll find yourself purchasing the standard 40-lb bag filled with the necessary salt crystals.

So how much money will you need to set aside to replenish the salt?

Most 40-lb bags of salt cost anywhere from $5-50. You might find yourself paying quite often for this, but when compared to the money you’re saving by preventing damages caused by hard water, the $50 bag of salt seems pretty reasonable. Most of the top brands offer their bags for less than $25.

What’s the Most You Should Spend on Water Softener Salt?

Salt is rather affordable, so you shouldn’t be paying wallet-burning amounts for a bag of it. As we mentioned, the most we think reasonable for a 40-lb bag of salt is $50 and even that’s pushing it. Most of the best brands offer their bags for around $10 which will likely net you the same amount of quality in terms of purity and effectiveness as a $50 bag.

What’s the Least You Should Spend on Water Softener Salt?

Seeing a bag of salt lower than any of the competitors might be appealing, but there’s a reason those prices are so low.

As we alluded to earlier, prices are based on salt purity and a bag of salt that falls below the recommended price range will be of a purity that isn’t effective. You might be paying less for the bag, but you’ll have to purchase it more often to make up for the lost quality.

We’d recommend staying above the $5 minimum as this is where the purity of the salt begins to dwindle.

The optimal price range for a 40-lb bag of water softener salt would be anywhere from $10-$30 depending on the needs of your softener.

If your water tends to be polluted with more magnesium and calcium than is common, purer salt is recommended.

One thing to note is that the smaller the softener you have, the less often you’ll need to buy softener salt. Small softeners can actually be very effective. Here are some of the smallest water softeners that actually work quite well.

As an Amazon Associate we earn from qualifying purchases.

As far as we can tell, the lowest prices for a bag of water softener salt on Amazon come from the salt specialists at Morton. They know their salt and offer all types of it – from cooking salt to sidewalk salt, and even water softening salt. They offer a couple of high purity bags $25 range. With Morton, you know your salt will keep the water softener clear and clean.

Another fantastic option found on Amazon comes from a company that is known for its water softening salts: Diamond Crystal. They provide both salt products and water softeners that are some of the best available. We were able to find a 99.8% purity salt for just a bit over $30. When you use this bag, you’ll find that you won’t need to replenish your water softener for much longer than usual.

What is Water Softener Salt?

Once your water softener has been running for quite a while, it can build up the harmful chemicals that make up hard water. This leaves any water that’s pumped through your softener filled with calcium and magnesium. So, while the water softener cleans your water, it too needs a little bit of a clean. This is where the salt comes in.

Water softener salt is used to push out any calcium or magnesium that has built up in the softener over time and replenishes the walls with sodium.

The sodium in the water softener salt both clears out the machine itself and can then be used to purify the water itself.

A 40-lb bag of water softening salt is enough to refill your brine tank so that when the machine gets filled with the hard chemicals, you can easily flush it out and restore it to it’s cleaning phase.

How Does Water Softener Salt Work?

Sodium is a combatant of the calcium and magnesium typically found in hard waters. When you use a purified salt like that of water softening salt, the sodium pushes out the two hard-water chemicals and replaces them with the clean mixture in the salt. This ultimately leads to cleaner, softer water that won’t clog your pipes or drive up your water bills.

The salt pushes out the hard chemicals and replaces them with sodium so the walls of the tank are fresh and clean. Once this process is completed, the water that comes in will once again be purified and softened as needed. 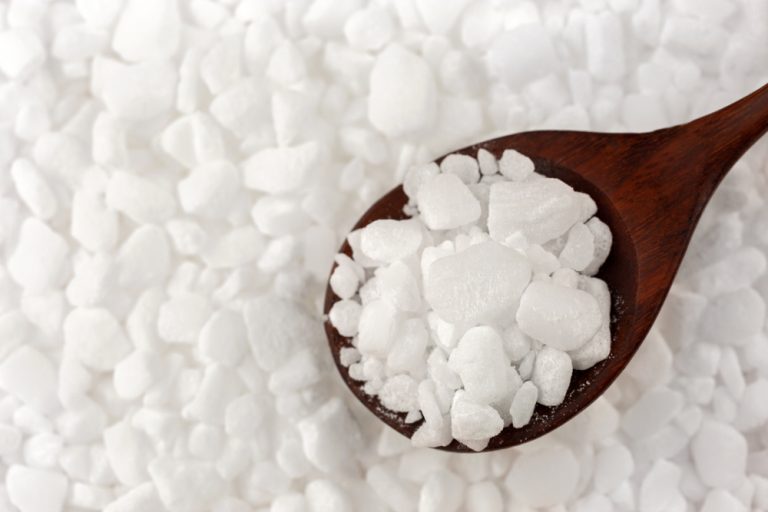 Wondering how much salt a water softener uses? We explain just how much along with more things you should know about it!